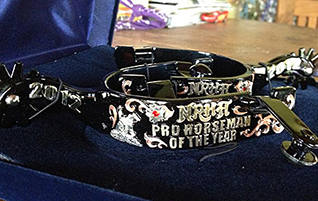 Mike McEntire has been an NRHA Professional since 2003. With NRHA Lifetime Earnings of over $950,000, he has placed on the Top 20 Professionals list for several years. McEntire is a perennial finalist in NRHA major events; his accomplishments in the show pen include the 2003 Novice Horse Open World Championship, 2010 NRHA Futurity Open Reserve Championship, and 2011 All American Quarter Horse Congress Championship among many others.

McEntire has coached and mentored many students to their first wins, first titles and multiple year-end championships. He has been called patient, honest and forthcoming.  McEntire’s training philosophy is embodied and guided by his appreciation and consideration for the horse.