Mike had the pleasure to hold a multi days clinic with several riders and their reining horses in Bavaria, Germany. The clinic was organised in collaboration with SWS Westernhorses (Susanne Schnell, trainer ) Mike really enjoyed the quality of riders and their horses. Nathalie and Mike want to add special thank you for the hosts Susanne and the owners, located at the beautiful Green Valley Ranch of Schwand, Germany.

We wish all riders and their horses success in the show pen ion the upcoming events in Europe! 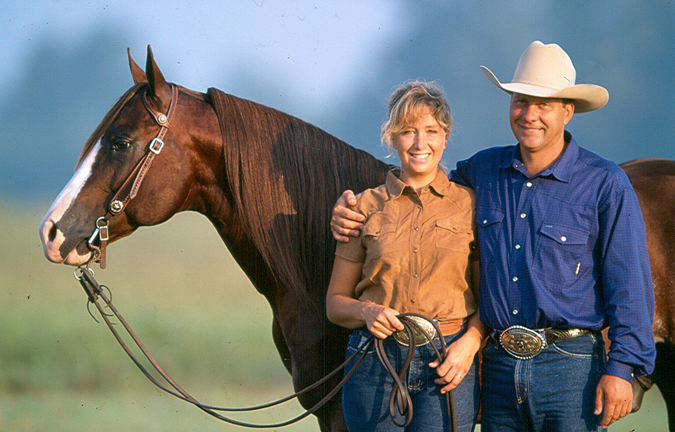 A $10,000 PAYCHECK WAS THE FINAL DROP OF FUEL NEEDED TO propel NRHA Professional Michael McEntire into the circle of NRHA million dollar riders. McEntire earned that check as an open finalist in the 2013 NRHA Futurity aboard Maggie Jac Whiz for the horse’s owner, Tim Anderson. END_OF_DOCUMENT_TOKEN_TO_BE_REPLACED 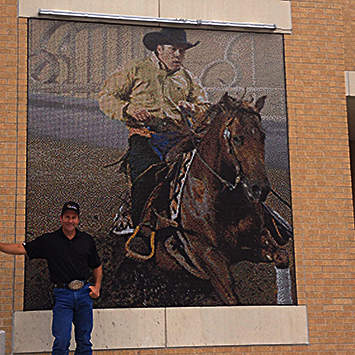 Mike was chosen to represent the discipline of reining in a mural. The murals are around the outside of the Fort Worth stock yards in Texas. 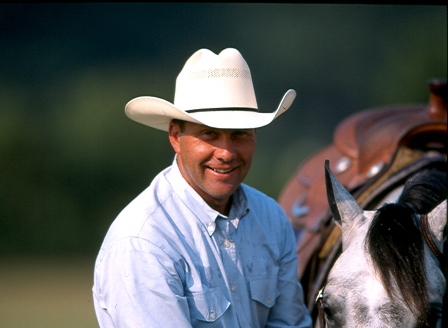 For Immediate Release – December 27, 2013 – Oklahoma City, Okla. – By Hayley Lewallen – No stranger to great accomplishments in his career, NRHA Professional Mike McEntire hit another milestone by becoming the National Reining Horse Association’s (NRHA) newest Million Dollar Rider after his Open finals performance at the NRHA Futurity.
McEntire’s performance aboard Maggie Jac Whiz, owned by Tim Anderson, in the NRHA Futurity Level (L) 4 Open finals earned him over $10,000 giving him last push he needed to cross over the million dollar mark. Mike has been a perennial finalist at major NRHA events such as the NRHA Futurity, NRHA Derby and National Reining Breeders Classic. Some of the top honors he has earned throughout his reining career include:

His success hasn’t been limited to just the show pen, McEntire holds his NRHA Judges card, is on the NRHA Judges Committee, is a member of the NRHA Professionals and is known for owning the legendary reining stallion Be Aech Enterprise for a period of time.Mike and his wife, Nathalie, reside in Selma, North Carolina where they train reining horses and stand Lil Ruf Rider and Mr Boomerjac. In his free time, Mike enjoys competing in motocross events.

Incorporated in 1966, the National Reining Horse Association is the standard-setting body for the sport of Reining. NRHA, with their International Headquarters in Oklahoma City, is responsible for promoting the sport of Reining and working to ensure the highest standards of competition. To learn more about the NRHA, its programs and family of corporate partners, visit nrha.com.